sam Johnson .. or should we say samson

By Nick,
February 28 in Skircoat Shed

Top Posters In This Topic

The Goalkeeper isn’t the area of concern in this team in my opinion. Sam is a great keeper at this level. We would struggle to get better on our budget. 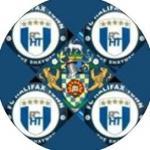 Tomorrow Johnson steps out for his 200th League appearance for the club having kept 70 clean sheets. Factoring in our inability to keep clean sheets in Clarke's absence that is a fantastic goalkeeping

Sam's a good keeper. Main thing he needs to improve...He's a big, tall lad...he  needs to dominate his box more, and deal with crosses better.